Located in southwest Mississippi, Cotton Branch Plantation is a 4,000-acre farm that is home to top quality Santa Gertrudis, registered quarter horses, and multi-generational family of the Herrings & the Cowarts.  Between Meadville & McComb on highway 98 in Smithdale, Cotton Branch is a family run business that strives to produce the best animal on a forage-based operation. 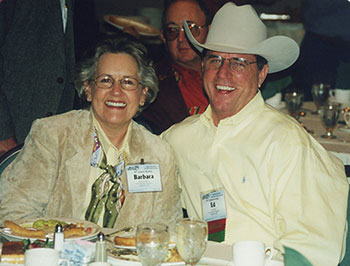 Born & raised in Meadville, Ed Herring attended Mississippi State University where he met his wife Barbara while she was a student attending Mississippi University for Women.  After graduating with a degree in business administration in 1969, Ed served two years in the U.S. Army, which included a tour of duty in Vietnam. Following an honorable discharge in 1971, Ed returned home to Meadville to work at Herring Gas, a propane company started by his father, C. Graham Herring in 1946.  Ed became the president of Herring Gas Company in 1975 and expanded the company greatly with offices throughout Southwest Mississippi and Southeast Louisiana.  In 1968, Ed & Barbara married and later had their three children- Jody, Jennifer, & Josh.  In 1990, the Herrings began buying land in rural Franklin County in the small town of Smithdale in the hopes of starting a farm. Ed knew he wanted to start in the cattle business so with the help of his Aunt Pauline Herring, he purchased his first 10 head of Santa Gertrudis cattle in the Fullen Dispersal Sale in 1993 and four additional heifers from his Aunt Pauline, owner of Ridge Point Ranch.  Santa Gertrudis cattle combines 3/8 Braham and 5/8 Shorthorn and was the first bos indicus breed created in the United States.  Known for their deep cherry red color and heat tolerant traits, Santa Gertrudis was a great choice for the hot, humid weather of southwest Mississippi. 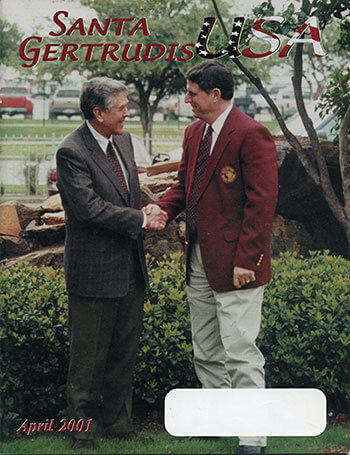 With their three children grown, Ed & Barbara left their home of 25 years in Meadville to build their dream home at Cotton Branch in 1997.  Growing up in the city, Barbara quickly became accustomed to farm life now raising chickens for fresh eggs, growing bountiful vegetables and the most beautiful flowers.  Constantly adding more land, Cotton Branch Plantation was turning into the family farm the Herrings always dreamed it would. 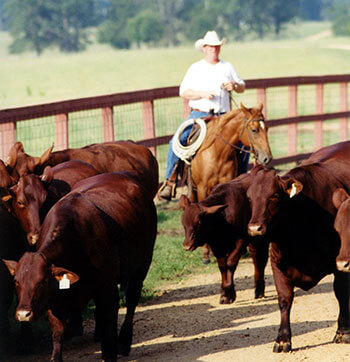 With his son in law, Shelly Cowart, as the ranch manager and cattle consultant Bill Lundberg, Cotton Branch began to grow as they purchased the best genetics the breed had to offer.  One of the biggest influences on the herd was a bull named Grizzly, purchased as a calf from Lazy E Ranch in Mart, Texas.  Grizzly added depth, volume, and consistency to the herd.  Today, Grizzly’s genetics are still a major influence in the herd at Cotton Branch.  The mindset was strong back then and still is today- you must have the best genetics and strongly cull.  In the late 1990’s, Cotton Branch started hosting production sales in September to offer quality Santa Gertrudis.  Ed served as president of Santa Gertrudis Breeders International (SGBI) in 2001.  Growing up on the farm, the Herrings’ oldest grandson, Ryan Cowart showed Santa Gertrudis cattle as a junior and was active in the day to day operation of the working farm. 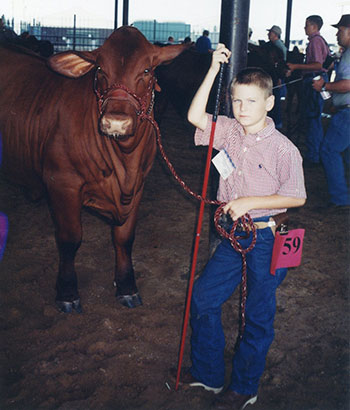 In the early 2000’s, Shelly began raising and training quarter horses to be used on the farm.  Cotton Branch purchased Peppy’s Moro, a 2002 blue roan stud from Longfellow Ranches in West Texas.  With an excellent pedigree that includes Gay Bar King and Mr. San Peppy, he was producing quality colts that had versatility and good looks.  Shelly built his broodmare herd with solid foundation mares.  The colts being raised were good-natured all-around performance horses that were gentle enough for the kids to rodeo with and tough enough to be used as ranch horses.

Growing by acres and animals, Cotton Branch Plantation was becoming a great multi-family livestock and agriculture farm.  With a growing family of mostly grandsons, hunting and fishing around Cotton Branch is the best pastime.  Ed & Barbara’s daughter Jennifer & husband Shelly raised their four boys: Ryan, Graham, Ben & Sam to be hard working ranch hands who spent their summers working on the farm. 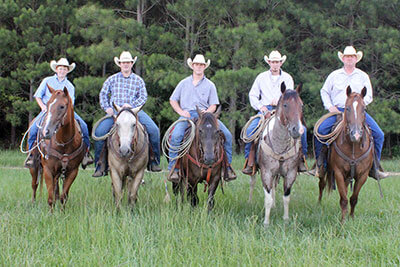 More than 3,000 acres of the farm are pine plantation and hardwood timber.  The 700 acres of pasture land is managed closely to create the optimal forage-based operation.  We are constantly setting goals for our livestock and management procedures, believing that goals are necessary to keep the family business on track to maximize production efforts.  Of the many day to day chores, Ryan focuses on pasture management as a major condition that affects the herd.  During the summer, cattle forage mostly Bahia grass and during the winter, the herd grazes various winter grasses in addition to being fed hay that was baled on the farm.  The idea is to ensure the herd is healthy and well taken care of in return can produce the optimal offspring possible.  Striving to provide quality forage for the cattle is an important goal. With the help of their longtime cattle consultant Bill Lundberg, Cotton Branch has made a tough, strenuous breeding program to ensure the most efficient cattle are being produced. Cows must maintain   good body condition, raise a high-quality calf and breed back in a 75-day breeding season.  If they fail to do this, they will be culled.  Calves are weaned at 6 to 7 months of age.  They are graded on weight, conformation, and disposition.  Keeper bulls and heifers are put on a growing ration.  At 9 months of age, bulls are put on an official 112-day gain test.  At the conclusion of the test, bulls and heifers are ultra-sounded, pelvic measured, and DNA’d.  Bulls will have scrotal measurements taken and must pass BSE at 12 to 14 months of age.  Heifers will be bred at 18 months of age. 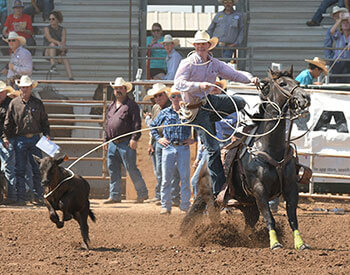 As far as the horse herd, Shelly is constantly working to keep the best broodmares that throw the most function, all-around colts.  Once weaned in late September, Shelly and the ranch hands begin breaking and riding colts daily while working and checking the cattle.  Shelly & Jennifer’s youngest son, Sam can attest to the competitive and agile drive of a Cotton Branch bred horse.  He has won his way to the Junior High School Rodeo Finals and High School Rodeo Finals four times competing on Cotton Branch quarter horses traveling as far as Oklahoma & Wyoming.

Cotton Branch Plantation is continuously growing and evolving by looking to the future with plans for a production sale in September 2020.  The Southern Harvest Sale will be held at Cotton Branch and will offer top-quality cattle and southern hospitality.  Partnering with Wiley Ranch from Deville, LA, we are excited to start this new tradition.

The Herrings, also known as Nana & Papa to the family, spend their time enjoying the family farm they created. Ed is still very active in overseeing the day to day operations of the farm. In October 2019, Cotton Branch lost its matriarch, mother, Nana, and "heart of the kitchen" after a lengthy battle with cancer for many years. She stood strong in her faith and believed in her motto, "If God brings you to it, He'll bring you through it"! While she will be missed tremendously by her family, she will be remembered for her love of wildflowers, possum grapes, and beautiful paint colts. 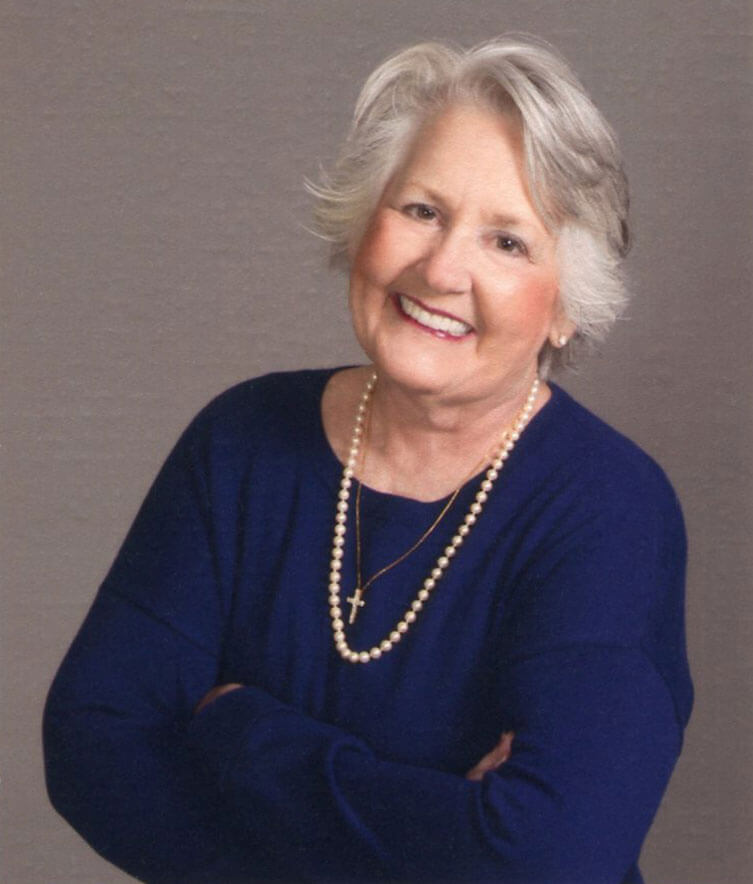 The family and ranch hands all come together five days a week at 12 noon to sit down and enjoy a country lunch, which is how it has been since the farm started almost 30 years ago.  Cotton Branch is a way of life- it’s about great red cattle, good solid horses, family, faith, and looking to the future with now great-grandkids living on the farm.

"For I know the plans I have for you,” declares the Lord, “plans to prosper you and not to harm you, plans to give you hope and a future.” - Jeremiah 29:11 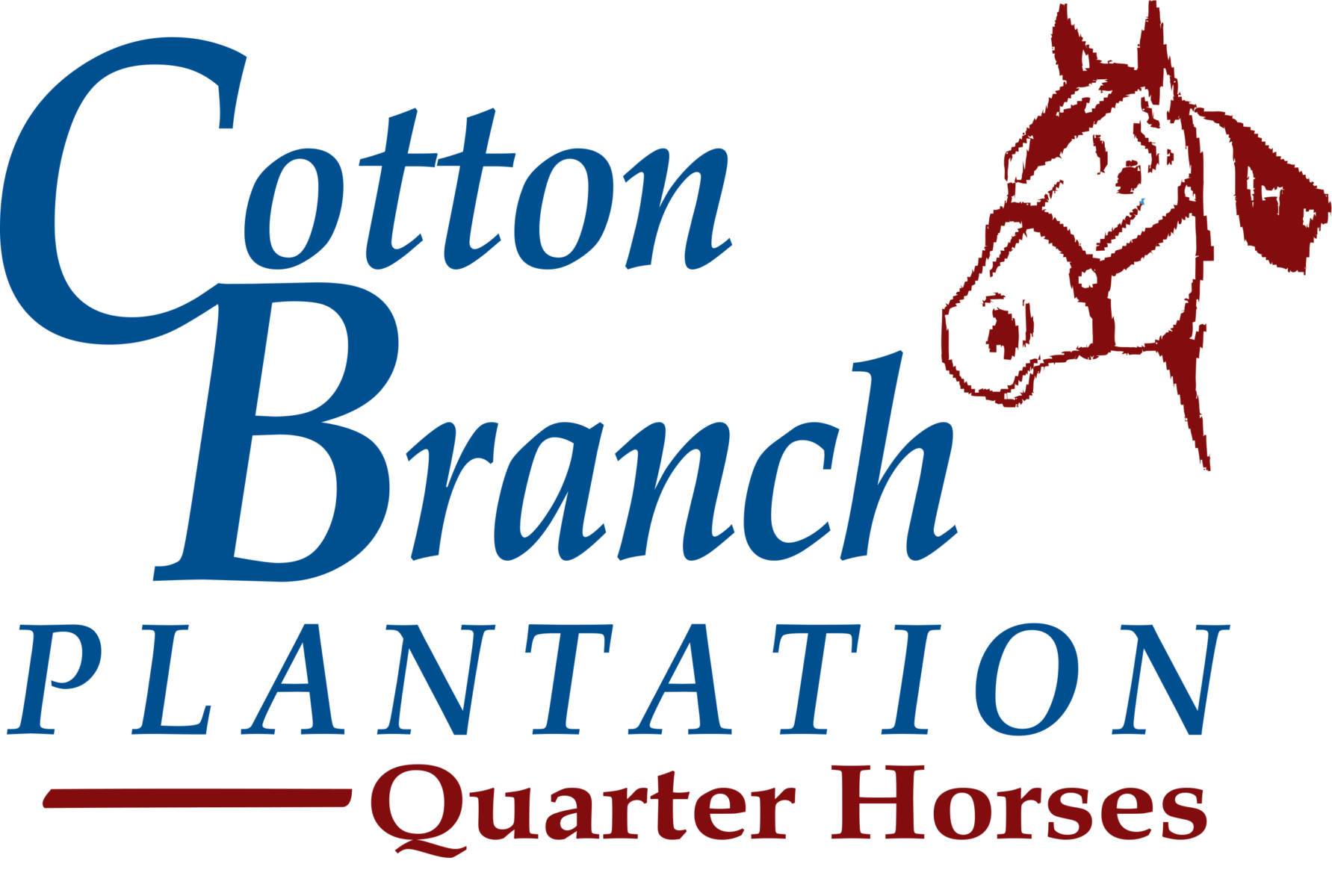